Raj talks with a founder who built a neat app but doesn’t yet have a userbase. How to begin getting traction?

Raj: This is a 5-minute session just for you. It’s not about pitching, it’s about whatever problem I can help you solve, getting you on the right track. So what can I help you with?

Marc: Great. Well, so I guess over the last year I’ve been developing an idea into an intro product. The product is designed to help people organize events. It’s an app slash website designed to be the one place you need to go to organize any event with friends or family and bring bundling all that functionality into one place. I got to the point where I launched the app last weekend.

Marc: Thank you. I think it was more of an emotional challenge than a physical one. But now the thing I can do help with is understanding how best to start gaining momentum and people using it. How to get the word out. How to just start it moving a little bit past the sort of initial confines of friends and family. I guess I would say that the one challenge is probably the worst time and in recent living memory, the launcher, an app that’s around organizing events, but I can’t wait to be on the front foot for when things start loosening up and people are like ready to meet the app.

Raj: What’s the model with this from an economic standpoint? Are you looking to charge a subscription fee and a per-usage basis or an advertising model? Like, you know, Invite like the old days, how are you trying to do that?

Marc: Currently, It’s completely free. The long-term plan is unclear. I have a few ideas. I think advertising would be my least preferred, but most realistic option. I think I’d rather try premium functionality. I’ve got a few ideas on that, but they haven’t been developed yet. So it’s more about gaining the momentum and user base so that when I do that, there’s someone to sell to.

Raj: Right. I think the first place that I would think about is who’s already got a one-to-many relationship that they want to exploit. So think about, are there offline events that you could use this app to host online? Are there schools for instance, whether they’re hosting the playdates or anything that you could go to? They already have an audience and then you could snap in there. So that’s one way, especially if those people say, “Oh yeah, well, this is a great application I can extend to use for the rest of my life.” So look for that. Is there a way that people can use it? A yoga studio could use it to arrange classes. I don’t know what kind of notification options you have on there, but if there’s some way of doing that so that even it can be local to you and just try to get it in a certain amount of use within a community. Then I think you start that core of users and could extend out from there. Does that make sense?

Marc: It makes perfect sense. I think it’s hard because there’s almost anyone that I can go to, but it’s hard to take those first few steps and have those conversations. I think actually keeping it local might be a nice way of doing that because there are people you can relate to more easily rather than just an anonymous stranger.

Raj: Exactly. So think about, “Are there clubs of any sort?” I’m thinking in the real world, if it were a kids soccer league type of thing, or if it was just things like that or it could be local businesses or it could be schools. Think about that. And especially if you get into the parent community they need to have a way to organize whether it’s the birthday party or the field trip. So think about that. But the parent community has that need and they have that need on a recurring basis for a long period of time until those kids leave the home. I think doubling down on something around family and community would be a good starting point.

Raj: And then the only thing I would say is you want some proof points. So you’re going to run these tests. You want some proof point and you don’t want to just say, “Oh, try this.” You want to have a specific objective for each test because what you ultimately want to do is, “Okay, this is working with this school system.” How can I show that it’s beneficial so that when I call up the next school system, I have something to show for it. Instead of it just being another cold pitch, you can say this outcome happened as a result of this. Whether they decrease the back and forth of emails by X percent or more people showed up because it was better organized. I don’t know what those metrics would be, but these hard criteria and that way your case study becomes a lot easier to say, “Look at this, I can do it again for you instead of having to sell cold all over again.”

Marc: Yeah. That’s really good. I guess the early stages of validation. I’ve done the thing that everyone says not to do. I’ve sat in a dark room and built my baby and now no one likes it. So I guess all those steps are really great. And it’s just that mental hurdle of going through that process.

Raj: You do. There’s going to be a temptation right now to try to go and do like Facebook ads or something like that, to get people on there. I would absolutely not do that. You will be flushing money down the toilet. Really it’s for the kinds of folks who like to go and think over things in the dark and then come out.”Here it is.” It’s a radical shift to do this, but you need that feedback from real people and you need to work closely with them. This is actually might be the hardest yards you put in, which are the most critical to success right now. Like anyone can build something in their basement, but it’s when reality hits the marketplace where you’re going to need to modify it and modify your pitch and the used case and all of that. Now is actually the fun time for me, at least, because there’s a lot of creative thinking, but you’re going to have to be on the phone or on video and having those conversations.

Marc: Yeah. It feels like you said, that it is probably the most important part, but also that in some ways the hardest part, because I can’t just Google it, try things out, and then it will.

Raj: Exactly. It’s not just in your head anymore.

Marc: Exactly. Sorry, I’m taking more time than I should, but the other question I wanted to ask was assuming I gained some traction, assuming I have some success, what would you suggest the next steps be in terms of scaling up? Either bringing in capital or growing in some way to take to the next step. I don’t think that or anywhere near that yet really, but I don’t want to have that in my mind as well as it goes.

Raj: Yeah. I’m different from most in which I say, “Hold off on capital, as long as you can.” I think it does. It distorts things. You just get diluted. It’s not a good idea. I think the answer is the next step depends on where you find the traction and where the direction is gonna dictate what it is. And if you can get to something that monetizes itself, for instance, you’ve got some local businesses and they’re willing to pay for the app in order to do that. And that gets rolling. Then you look at that or you can look, “Is there sometimes upsell that you can make the audience, et cetera.” So I think in that direction when you get there, so maybe pop on another one of these sessions in a few months, once you’ve got some traction and we can talk some of that. 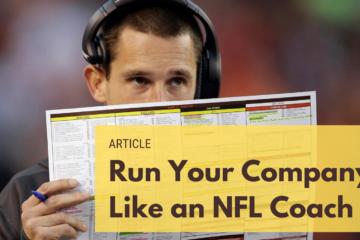 There’s a reason why football coaches use playsheets instead of making it up as they go along: So why isn’t your business using them? Imagine this – instead of dealing with each crisis as it Read more… 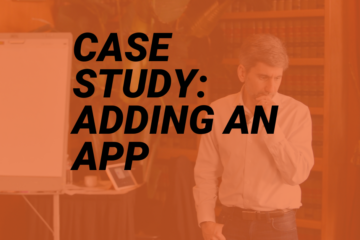 If you’re offering a service in the “real world” and ever wanted to take it online or create an app, this case study is for you. This offline service business is creating an app that Read more… 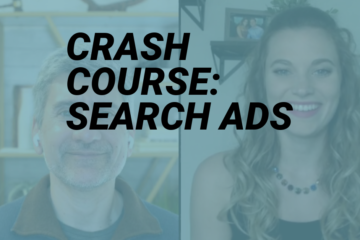 If you’re new to search ads, or want to know how to make your company initiative successful, here are the fundamentals an executive should know.