You can make your customers stick with you longer using this clever psychological tactic – loss aversion.

Raj: Welcome to another episode of Monday, Mind Hacks. And today we’re going to go over a really interesting psychological principle. It’s one you can definitely use If you’ve got anyone with a product, or you’ve got service and you’re trying to retain customers. And it’s the concept of Loss Aversion. Loss aversion is a really interesting thing. It’s that people don’t want to give up something once they’ve got it. So one really interesting thing that you can do is instead of having people sign up for your service, let’s say you’ve got an online site of some sort instead of first asking for that something, do a full-on signup process. Let them get a little taste of it and maybe make them configure something. Start customizing it, so it feels like their own. Then endow them with like some over credits that can be used and then ask them to make the purchase decision afterward.

Now, the idea behind this is you’re using something called loss aversion. In other words, they believe that they already have this thing, these credits that could go away if they don’t sign up, or this configuration that they’ve made. A previously done case study in which there was a manufacturer of kids’ backyard play jungle gym things. One of the recommendations that we had for them was that they use this loss aversion concept. In other words, they let people come onto the site and start configuring without signing up without placing an order, configuring their own custom backyard playground set. Now, once you’ve configured that set, you don’t want to lose all that work. You feel like it’s yours, and you’d be more likely to sign up and take the next step because you put all of that into it. And so that’s an example of loss aversion.

We’ve created this dynamic in which people don’t want to lose what they already have. I know that certainly I’ve been affected by this, in the many online services I sign up for and I might use someday. And I don’t want to cancel it because while I might use it next month, that’s kind of a loss of version. Even though I’m paying only $29 a month, I’ve been paying $29 a month for six months, and I’ve never used this thing. It makes no logical sense that I would keep on doing that, but there’s an element of loss aversion. So we’re all subject to this psychological principle. And I suggest you think about how you can insert that into your products, into your services, to make them more sticky, to make sure that customers stay with you for the long-term. So that’s today’s Monday Mind Hack, Loss Aversion. 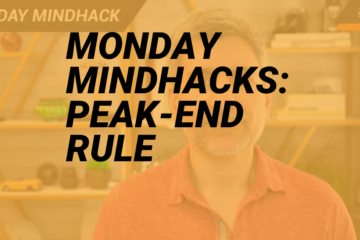 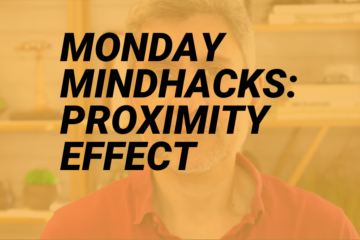 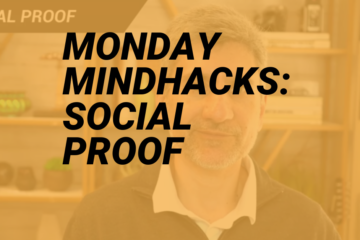