CEO Vanishes for Three Months … and This Happened

This summer my dad nearly died. At first we thought he was just tired – and the ER near where we were staying in Maine had no answers. Two days later, his lungs were filling with fluid, so we drove to Boston – where he stayed for five days. Then ten days more in another hospital when we got home.

After he was released from the hospital he was still on oxygen and getting out of bed was difficult. I was an (unqualified) nurse for weeks.

It was over two months of not being able to focus on my businesses before he was better.

Imagine that, almost three weeks where I could have only the bare minimum of meetings, and couldn’t do any “hands-on” work myself. I had to rely on the people and systems I had in place beforehand.

Here are six reasons the wheels didn’t come off the bus:

Communication:
All my companies are run using asynchronous communication. Nobody needs to be available at the same time in order to make progress.

This is in stark contrast to most companies – where meetings (endless meetings) are the norm. But is that really the best way?

Your best time to get things done might not be the same as for other team members. When you can set the company up to move projects forward with the fewest meetings possible, the entire organization not only gets more resilient to absence – but productivity goes up.

What did this mean for me? If I needed to be at the hospital, I didn’t feel any guilt about missed meetings.

Decisionmaking:
I live on a “1000 year flood plain”. In other words, most things just run unless there’s a very rare occurrence. Instead of me being the bottleneck (remember, the neck of a bottle is at the top – the CEO), I only need to be in the loop when something is mission critical.

Everything else can run on parameters I’ve set. I’ve empowered the team to make decisions without me being in the way. So if a lawsuit comes in (hope not) or something of that magnitude, yes – I’m pulled in. But I don’t have to be for most anything else.

Do I get involved normally? Yes – to grow faster. But I don’t need to.

Automation:
there’s a ton automated (machine and human automation) so it runs on rails. Importantly – the automations also flag the team when something is out of bounds.

The key is not just to automate “what happens” – but also to automate notifying when something isn’t on track. So it’s MORE than just the process being automated. It’s alerts to know when things humans do go off track.

When I was gone, I knew everything was running on time and on track – because I wasn’t hearing anything from those alerts.

Dashboards:
I know what’s going on by looking at just a few Google Sheets and custom-coded dashboards. Advertising, marketing, sales, delivery – I can pull up the information without interrupting the team.

Here’s a goal for you: can you run your company on nothing more than your cell phone? Looking at a few reports, giving (asynchronous) guidance to the team, then logging out?

Revenue Model:
This one saved my bacon. It’ll save yours too. Recurring revenue means that even if sales went to zero (it didn’t), I’d have months and months of runway.

Advertising Model:
We use paid media to acquire customers. $X goes in, Y clients come out. It took months of testing to get there, but when the process to do this is nailed down it’s a thing of beauty.

Once you have advertising down this way, it’s an asset of the company. Something an acquiror would pay a lot for. And something you’ll appreciate every day. Ask yourself – if some competitor in your space has figured out how to make advertising work for them reliably, why can’t you?

Dad had a hard summer. He’s on the mend, slowly. And I’ll admit, my eyes were off the ball for longer than I’d have liked. BUT this I can say, hoping you can do the same – I had nearly three months of my absence and the companies kept ticking along.

How long would yours last? And what are you going to do to absence-proof it? 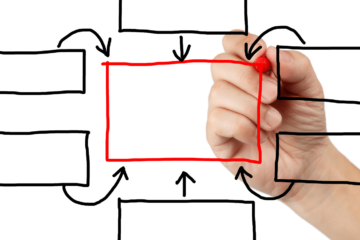 How To Delegate For More Freedom In Your Business

Every business owner or entrepreneur has heard, at one point, that delegation is the key to growing a business and staff management, which is absolutely true. As a force multiplier, delegation gives business leaders leverage, Read more… 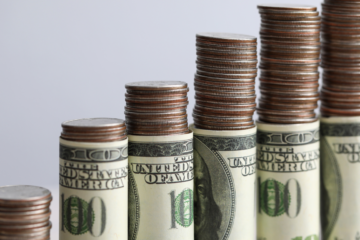 How To Lose Customers and Make More Profit

My business lost a major contract, so I cut the headcount of my company in half. It wasn’t a good start to that year. Even after the cuts, I thought we might not make it. Read more…