The Big Jump for Business Owners

“This is really dangerous” I told Andrew, before he jumped off the roof.

A lesson in taking business risks, learned the painful way at age 13.

Before he jumped looked at me. Didn’t say anything – but I could see he was afraid.

Then he turned, jumped, and was gone.
I just stared as he plummeted towards the ground.

Fortunately, the glider we had fashioned only partially collapsed in flight.

It’s hard to tell if it actually slowed his descent, but two things were for sure:

It wasn’t the first stupid thing we did that summer, nor would it be the last (until The Bloody Snow Incident, at least).

A lot of planning, design and construction gave us confidence to jump off the roof.

Every time you start a major business initiative it feels like the same thing.

A whole lot of planning, a best guess, and a flip of a coin.

But here’s the thing –
You don’t have to jump first.

We did because we were 13 and knew full well that the first one to jump would probably end up hurt.

But in business, you don’t have to jump blindly or trust luck.
There’s someone other than you who’s made the jump before.

So if you’re making a business leap without talking to someone who has done it before, you’re just asking for a crash landing.

I never did get to jump off a roof lashed to that structurally unsound glider. It was destroyed on impact.

Don’t destroy your business on impact. Don’t flip coins. Find someone who’s done it before and lived to tell the tale. 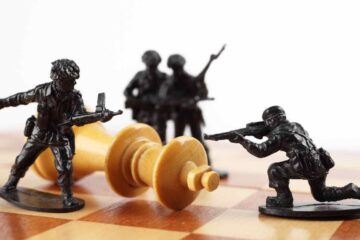 How I Narrowly Avoided a Coup at my Company

She went behind my back, destroyed morale, then tried to hijack the company I founded. The story of a hire gone very, very wrong, and how you can prevent it from happening as you grow Read more… 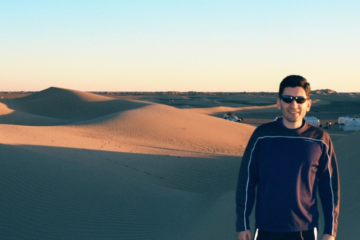 Do You Have a Zombie Company?

It’s Morocco, 2001, and I didn’t want to eat brains. … A short story about one dinner that taught me how not to fail at business: So – camel brains are a delicacy in Morocco, Read more… 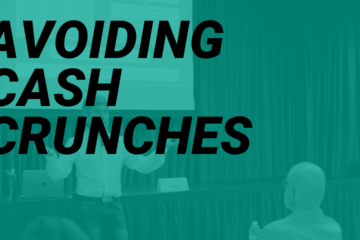 How Your Company Can Avoid Cash Crunches

Huge problem facing most businesses? Routinely falling into a cash crunch. The good news is it’s easily avoidable. Here are 11 ways to turn your cash-hog company into a profit fountain:  First, understand the basic Read more…